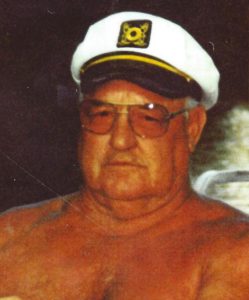 Harry L. Orr, 82, departed his earthly life to that happy hunting ground- river in the sky on September 28, 2017 at the John Williamson Hospice house in El Dorado. He was born in El Dorado, May 18, 1935 to JC Orr and Thelma Orr Steed.

Harry served in the US Army and Marines. He was a carpenter by trade. He was well known from one end of the Ouachita River to the other as “The Captain”, but he also went by Dad, Pop, and Uncle. He was a true “Ouachita river rat”! He was a member of the Lawson Baptist church and a member of Shuler deer camp for nearly 40 years, “Our second family”. To know him was to have loved him!

He is preceded in death by his parents; two brothers, Jerry and Charles Orr; one sister, Joan Crow and one brother-in-law, Billy T. Crow.

Our sincere thank you to all caregivers, at the MCSA, Timberlane Rehab and John A. Williamson Hospice house.

A “BYOB” memorial service will be held at a later date, please contact the family for further details.