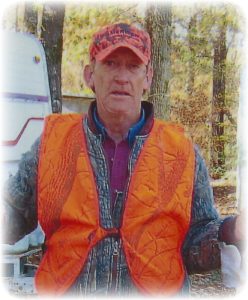 John Wayne Sessions, 62 of North Little Rock, Arkansas passed from this life on Wednesday, October 11, 2017.  He was born on January 21, 1955 in El Dorado, Arkansas to the late John W. and Zoie Sessions.

Wayne enjoyed hunting, fishing, was a long time member of Callahan Hunting Club and of the southern Baptist faith.

He is also preceded in death by his sister, Mary Fisher. Wayne is survived by his wife Linda of 38 years; three children, Rebecca, John T, and Lena Sessions; four grand-children, Amy, Donavan, John, Jo Elle; and a host of other family and friends.

Wayne’s family would like to give a special thanks to the staff of Arkansas Hospice, Carti, and Dr. Khalil and his staff.

Funeral services will be held on Saturday, October 14, 2017 at 9am at A Natural State Funeral Service, 2620 West Main Street in Jacksonville, Arkansas with burial to follow at Arkansas Memorial Gardens Cemetery. Visitation will be held from 6-8pm on Friday evening at the funeral home.