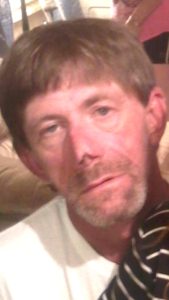 Michael Kevin Wilson, 51 of Searcy, Arkansas passed away on Sunday, October 8, 2017. He was born May 19, 1966, in Little Rock, Arkansas to the late Steven Allred and Clara Gene Wilson.

He was preceded in death by his loving wife Rebecca Wilson, two sisters, Terri Cravey and Krystal Tippitt and a niece, Brittney Gillispie and a nephew Gage Sullivan.

He is survived by two stepsons, Taylor Horsey and Aaron Horsey both of Little Rock. A sister Stephanie Dewitt of Searcy, and Samantha Richard of Jacksonville and many other nieces and nephews.

Online guestbook can be found at www.anaturalstatefuneralservice.com