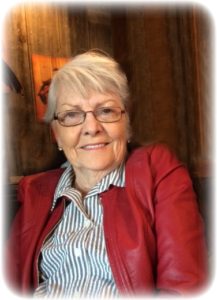 She is preceded in death by her husband of nearly 50 years Eugene Carmical, her parents, one brother, Don Duke and her father and mother in law Bill and Mabel Counts Carmical.

Nell also known as “Mrs. Gene” owned and operated Gene’s Fashions and Gene’s TV and Appliance in Lonoke for many years. She attended Zion Hill Baptist Church in Cabot.  She was a loving mother, grandmother, sister, friend and anyone that knew her knows she never meet a stranger.  She was always the life of the party and she enjoyed shopping, playing computer games and going to the casino.  She was a breast cancer survivor.  Nell loved her grandchildren more than anything in this world.

In lieu of flowers the family ask for donations to be made to the Easter Seals of Arkansas or a charity of your choice in her honor.  The family also ask for everyone to wear something pink in Nell’s honor to the service.  She loved bright colors.

Funeral services will be held on Wednesday, October 18 at 2 P.M. in the chapel at A Natural State Funeral Service in Jacksonville.  Visitation will be held beginning at 1 PM.  Burial will be at Sumner Cemetery in Cabot.