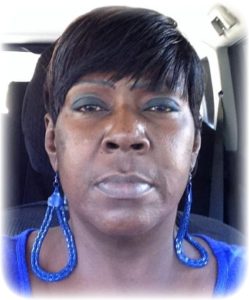 Deborah Fay Jones, 55, of Little Rock gained her angel wings on Wednesday, November 15, 2017 with her family by her side after a short battle with cancer. She was born March 27, 1962 to Shelby Slater Sr. (Robbie) and the late Bobbie Jean Griffo in Gillett, AR. Deborah married the love of her life, Edward Jones after 26 years on June 3, 2016. She was a loving mother and grandmother. She was a kind, caring, and giving woman that never met a stranger. Loved by everyone she came in contact with and always willing to help others. Deborah worked with her clients until one day before her hospitalization. She was hard working and loved taking care of them. They were her family also.

Funeral services will be held on Tuesday, November 21, 2017 at 10:00 am at A Natural State Funeral Service in Jacksonville, Arkansas with burial to follow at the Arkansas State Veterans Cemetery in North Little Rock, Arkansas. A visitation will be held at the funeral home on Monday evening from 6-8pm. Her online guestbook is available at www.anaturalstatefuneralservice.com