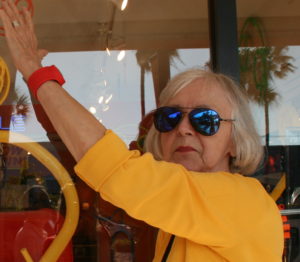 Janis Freeland, affectionately referred to by some as “Buford”, returned to her heavenly home on Thursday, November 30th, 2017.

Janis was born in Bloomfield, Indiana on February 4th, 1935 to William H. Freeland, and Catherine Cooper Freeland. Growing up, she spent time living in both Indianapolis, and Bloomfield.  She spent much of her youth with her loving grandmother, Sue Freeland.

Before moving to Hot Springs, Janis lived in Prescott, Arizona for several years.

A private memorial service will be held. Her family asks that donations be made to Arkansas Hospice, (who cared for her so lovingly), in her memory.