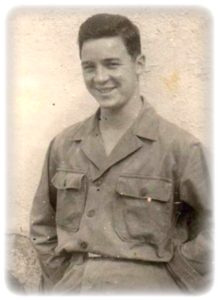 Charles Hudspeth, best known as Bud, 87, passed away at Hospice Home Care in Little Rock, Arkansas on Wednesday, December 20, 2017. He was born on July 11, 1930 in Gillette, Arkansas, he was the son of Charles and Virginia Hudspeth (later Virginia Blair).

Bud served 26 years in the United States Army, where he rose to the highest enlisted rank possible in his brank of service, Command Sergeant Major. He served a total of three combat tours over his career, one in Korea and two in Vietnam, where he earned numerous awards for bravery and service to his country. As for his commendations and medals, he simply threw them in an old Converse shoebox as he said “War Sucks” and he despised those who told war stories later in life. He attributed his success at making it home safely to three things: (1) being surrounded by great soldiers; (2) his lucky buckeye and rabbit’s foot, and (3) the fact that “he feared no evil, because he was the meanest SOB in the valley.”

Upon retiring from the military in 1973, Bud had a yearning to do the one thing he always desired but never had the opportunity to do when he was young; he wanted to attend college and earn a degree. At the age of 43, he enrolled at Arkansas State University in Jonesboro, Arkansas. Four years later, he graduated with a Bachelor of Science degree in Business Administration. After graduation, he worked for both the Arkansas Employment Security Division and the United States Postal Service.

Bud was renowned for his lack of patience for incompetence, a knack for telling it like it is, and not holding back his opinion. He despised phony people and those who put on airs. If you were a good soul and one of Bud’s family or friends, you could not have a more loyal person at your side. He liked four-letter words and four-legged creatures, especially dogs. His candor could be harsh, even if it wasn’t what you wanted to hear. He was generous when others needed it most, a pussy cat at heart, and yet he sugar-coated absolutely nothing. He routinely said, “I am who I am” and made no excuses.

He lived life large until a barrage of chronic illnesses took away his ability to as he would say, “Be Bud”. In his active years, he loved golf (he was the master of scrambles and putting); fishing of all types (no catch-and-release…guess that was the military background in him); and playing slot machines in Tunica, Mississippi (he was a lucky winner and loved to “people watch” but mostly he enjoyed it because of the time he spent with this best gambling buddy, his daughter Suzanne).

Bud had strong beliefs in which he never strayed: crap happens and you just have to move on; fart when you need to but walk away quickly; and good bowel movements are the key to a long life and I’ll talk about them if you want to.

In his 80’s, he learned how to use the computer and even text; however; he never understood why when he sent a person an email or text they didn’t respond immediately. So, you had a window of roughly one minute before he’d call to ask if you received his email or text.

During his last two years, Bud’s mind was as “sharp-as-a-tack” but his body just couldn’t keep up. While that ticked him off to no end, he understood how the life process works and he accepted his fate. After nearly two years of struggling with congestive heart failure and renal disease along with weekly visits to a dialysis center, he made the decision of how he wanted to go out – on his own terms- the same way he lived his life for 87 years. With a stink eye towards organized religion, Bud was more spiritual than religious. He knew he had lived a good life and his belief was what happens from here on out is not in my hands – I accept my fate whether that is good or bad.

In addition to his parents, he was preceded in death by two sisters, Patricia Myers and Jean Dickinson.

Bud never was into “pomp and circumstance” and it was his adamant request that there be no memorial service. Lastly, it was his wish that nobody spend money on flowers or memorials. Instead, he expressed that he would rather his friends and relatives spend that money on something for themselves or others that makes them happy. After doing that, if they wanted to top their brow or drink a cocktail and say “here’s to you Bud” that would be just fine.