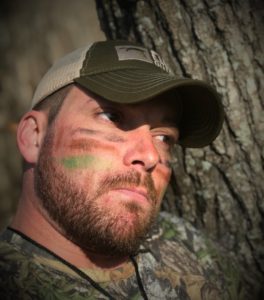 Randy Carl Harris, Jr., left us far too soon at the age of 35, on Friday December 1st, 2017.  He is preceded in death by his brother, Ryan Carl Harris, grandfather, Arthur Ray Harris Sr. and grandmother Claudia Freeman.

Randy was born February 16, 1982 in Little Rock, AR and grew up in Maumelle, AR.  He was a 2000 graduate from Oak Grove High School and studied Business Management at the University of Arkansas, Little Rock.  No one ever doubted how much Randy loved the Lord and even as a young boy carried his Bible everywhere.  When Randy had spare time, you could find him deer hunting, fishing, playing with his boys and spending time with his family.  His smile could light up a room and his quick wit and sense of humor kept many laughing.  But what he will be remembered for most is his beautiful heart.
Visitation will be held on Saturday, December 9th, 2017 from 11:00 A.M. until 12:00 P.M. with a Celebration of Life services to follow at 12:00 P.M.(noon) at McArthur Assembly of God Church, Jacksonville, Arkansas.