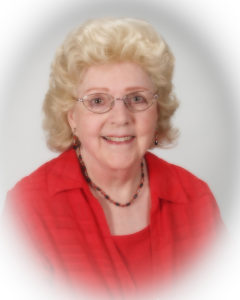 Donna Mae McCreary France, of Hot Springs Arkansas, with family at her side, transitioned on January 17, 2018 from being an angel on this earth, to being an angel in heaven.

She was young at heart and lived a full and vibrant life for 92 years until a few days ago, when a severe stroke suddenly took her away from us.

She was a bold and independent pioneer throughout her life. Raised during the depression, she became a very successful businesswoman in Insurance and Real Estate. She was the first woman to be elected as a Director to the Indiana Board of Insurance. She moved from Anderson, Indiana to New Orleans in 1962. There she started the Golden Leaves Book Store with an inventory of only 5 books and developed it into one of the largest Metaphysical Centers in the nation. In 1989 she visited Hot Springs Arkansas searching for a new home.  She opened a 2nd Golden Leaves Center and relocated there.  She always took an active part in her community. She served as a Board Member of the Creative Life Church, and later was a founding member of the Center for Spiritual Oneness. She was an active member of the Urban League, Hot Springs Gallery Walk, Women’s Chamber of Commerce, Malvern Avenue Community Association and the Downtown Merchants Association. She was an active enthusiast and Volunteer of Hot Springs Jazz Society, Stardust Band, Farmers Market Association, Hot Springs Artists Society, Garland County Historical Society and the Association for Research and Enlightenment.

She was focused, detailed and diligent in her business and associations, yet her unique sense of humor and silliness was always present and she was a joy to be with. She was the light for many peoples paths. Her wisdom, as well as her deviled duck eggs, will always be remembered.

Memorial Services will be held at Center for Spiritual Oneness, 300 Oaklawn, Hot Springs, Arkansas 71901 on Saturday, January 27th at 2:00 with a reception afterwards.

In lieu of flowers, please make contributions to Center for Spiritual Oneness.