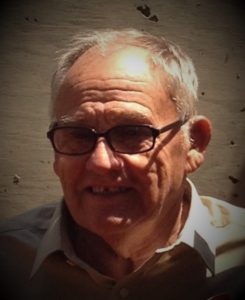 Lloyd Jett Snider, 75, of Gould, formerly of Stuttgart, passed away Friday, January 26, at UAMS after an extended illness

Lloyd was born January 15, 1943, to Billie and Buddy Snider.  He is preceded in death by his parents, his wife of 50 years, Shirley Bramlett Snider, and his sister, Norma Snider.

He is survived by his two sons, Keith and wife Tracie of Lexington, TN, and Gary and wife Gail of Harrison, AR. His grandchildren are Lauren, Sydney, Taylor and Drew.

He is also survived by his twin sister, Leta Snider Garrison of Searcy, AR.

Lloyd grew up in Brummitt on his parent’s small farm.  He learned early in life how to help his dad on the farm, fish, run trout lines and hunt.

He graduated from DeValls Bluff High School and attended the National Harwood Lumber Inspection School in Memphis, graduating with honors.  He spent most of his life involved in the lumber industry, working for Potlach Lumber and Townsend Lumber Companies and eventually owning his own sawmill at Humphrey.  He was also a member of the Stuttgart Fire Department for 28 years and served as a storm spotter for 35 years.

He had a passion for hunting and fishing which he passed on to Keith and Gary.  He loved teaching them those skills that he learned from his dad.  After they were grown, he continued teaching those skills to other children who were not fortunate enough to have a mentor in their life.

He was blessed to have so many friends, never met a stranger, and could strike up a conversation with anyone. There are few people who do not have a “Lloyd story”.  There is no way a person could make up the stories of his fishing and hunting and deer camp experiences. He was one-of-a-kind.

He loved playing cards with his firemen buddies. He had numerous stories of the shenanigans they pulled on each other whether on duty on not. He loved history, especially American war history.  He loved family reunions, DeValls Bluff and Humnoke reunions, cooking fish for family gatherings, going to the casino, and writing his book about the history of Brummitt.

He was so proud of Keith and Gary and the interest and success they developed in the lumber business.  He loved being “Pawpaw” and bragged constantly about his grandchildren.

In the past several years, Lloyd has enjoyed the companionship of Fay Reynolds, sharing their day to day life, and similar interests, especially deer hunting, fishing, and going to the casino.

Funeral services will be held at Macedonia Missionary Baptist Church, Humnoke, Arkansas on Monday, January 29th, 2018 at 12:00 P.M. with burial to follow at Hamilton Cemetery