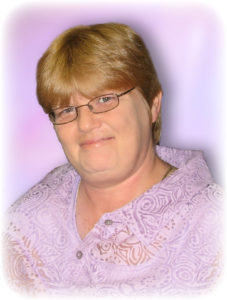 Pamela Miller Reed, age 53, of Hazen passed away Tuesday, January 16, 2018. Mrs. Reed was born February 27, 1964 to Arthur and the late Sherry Clark Miller and raised in East Hartford, Connecticut.  She enjoyed spending time with her family and fishing. Mrs. Reed had a love for all animals and shared this love by serving as an animal groomer for Sheridan Animal Clinic, Hunters Animal Hospital in White Hall, and Warren Animal Hospital. She was of the Baptist faith.

She was preceded in death by her mother. Left to cherish her memory are her father, husband Jack (Jackie) Wayne Reed, Jr. of Hazen whom she married June 17, 2006; daughter Amber (Chris) Reeves and grandsons Logan and Jason of East End; mother-in-law Myra Reed of Rison; brothers-in-law Kevin (Tom) Reed of Memphis, Tennessee, and Layne (Jamie) Reed of Rison; sister-in-law Carla (Mitchell) Woodard of Memphis, Tennessee; nieces Makayla, Annabelle, and Makenzie Woodard; nephews Carter and Dillon Reed; and a host of friends.

The family would like to thank Baptist Health—Stuttgart, Chambers Nursing Home, and Dr. Seth Kleinbeck for your continued patience, care, and love during Pamela’s illness. She loved you all like family, and considered you as such.

Arrangements are under the direction of A Natural State Funeral Service in Jacksonville, Arkansas, with a celebration of Mrs. Reed’s life to be held at a later date. In lieu of flowers, the family requests that memorials be made to Black Cemetery, Joetta Stewert, 3510 Moores Church Road, Rison, AR 71665.  Her online guestbook is available at www.anaturalstatefuneralservice.com