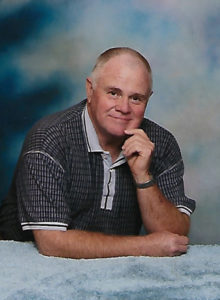 Richard “Dick” Morgan Munday, 74, died January 13, 2018 in Cabot, Arkansas with his son and family by his side. He was born in Cleveland, Ohio to the late Beatrice and Jack Munday He was a longtime Ewing, New Jersey, resident with a bright and colorful personality, who later resided in Indianapolis, Indiana, before moving to Cabot, Arkansas.

At an early age he went to live with his late aunt and uncle Hazel and Watson Fletcher in Orlinda, Tennesse where he graduated from East Robertson High School and proudly went to work for the Baptist Sunday School Board in Nashville, Tenn.  Dick enlisted in the U.S. Air Force and was stationed at McGuire A.F.B., New Jersey, as a loadmaster and served in Vietnam Conflict.  He and his first wife raised their children in Ewing Twp., New Jersey, and owned Olden Carpet and Upholstery Cleaners.  Dick was an avid fisherman and enjoyed bowling, writing stories, riding his motorcycle, dancing and karaoke.

Dick was preceded in death by his mother and stepfather, Beatrice and Donald Sackett; his father and stepmother, Jack and Hazel Munday; his aunt and uncle, Hazel and Watson Fletcher and his brother, Joey Munday.

Dick was a proud family man who is survived by his daughter and her husband, Christine and Mark Zelenak of Pennington, New Jersey; his son and his wife, Kenneth and Jena Munday of Cabot, Arkansas.; his grandchildren, Victoria and Alexander Kent of Arizona, Lakin Best, Kenneth “K.W.” Munday, Kyndall Best, and Carson Munday, all of Cabot, Arkansas. He is also lovingly survived by his brother and sister-in-law, David and Becky Sackett, three nephews, his stepbrothers, Randy, Ron and Don, and several cousins in Indiana and Tennessee.

In lieu of flowers the family ask that donations be made in Richards honor to Arkansas Hospice 14 Parkstone Circle, North Little Rock, Arkansas 72116.