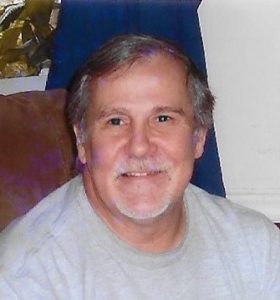 He is preceded in death by his parents Albert and Marie Cormier.

He is survived by his children Amberla Ward (Cade), Ashlea Derden (Bo), Cody Cormier (Alana), and Cain Cormier. He was Pops to Emilea, Cale, Abram, Arlie and Laurell arriving in June. He is loved by his wife Laura Cormier, sister Michelle Benson, nieces, nephews and countless friends. Family was most important to him, closely followed by the Boston Red Sox and the New England Patriots.

Bill Spent his career in marketing for various agencies and organizations. He was a member of Sylvan Hills/ Sherwood Optimist club for many years; Actively involved in coaching the boys or cheering them on by telling them to “Be a Hitta.”

One to always defend the family from rogue opossums and any other critter as long as they weren’t spiders. He would spend countless Saturday afternoons battling invasive bamboo or hyperventilating after mowing the grass.

Bill was known to make people smile and laugh. He will be missed by many.