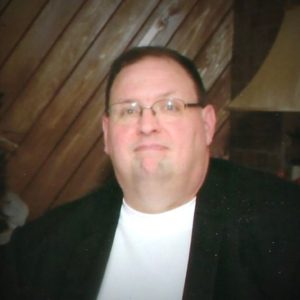 Bryan Keith Tebbetts, 52, of Sherwood, entered into glory after a battle with Leukemia on February 6, 2018. He was born on August 10, 1965 in Wichita, Kansas to Richard and Phyllis Tebbetts. He excelled in basketball and he was a true lover of the sport. While attending Union University, Bryan accepted Jesus as his personal savior. He later followed in his father’s footsteps and enlisted in the United States Air Force.

Bryan was an ordained minister, and a mentor to many youths over the years. He served as the Youth Pastor at several churches including Marshall Road and North Hills Baptist Churches. His greatest passion was sharing his love for Jesus and helping others.

Bryan will be forever remembered by his best friend and wife of 31 years, Renee and his precious daughter, Mandy; his brothers Dennis, Roger and Rodney; sisters Pat Houston, Sharon Littlepage and Marlena Ryder. Bryan leaves behind to cherish his memories by his numerous nieces, nephews and extended family and dear friends.

A visitation will be on Saturday, February 10, 2018 at 10:00 A.M. at North Hills Baptist Church, Sherwood. A memorial service will be held following the visitation at 11:00 A.M.

In lieu of flowers, memorials may be made to the North Hills Baptist Church building fund.