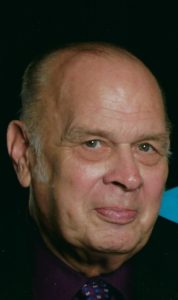 Hugene Fortner Wooley, 82, of Jacksonville died February 12, 2018.  He was born May 15, 1935 to the late Hubert Perry and Imogene Fortner Wooley in Little Rock, Arkansas.  He was also preceded in death by sisters Mary Charlene Wooley and Juanita Ann Manchester Booth.  He was a faithful member of the First United Methodist Church of Jacksonville since 1947.  In 1955, he was a founding member of the Pairs and Spares Sunday School Class.  Hugene graduated in 1953 from Jacksonville High School.  He joined the Arkansas Air National Guard the same year and served for 15 years.  He worked for Fones Brothers for 32 years.  His career started in the warehouse filling orders and ended as a purchasing agent.

A Memorial Service will be held Saturday, February 17 at the First United Methodist Church in Jacksonville.  Family visitation will be at 10:00 am and the service will follow at 11:00 am.

In lieu of flowers the family requests that donations be made to The Stuck Scholarship Fund, c/0 First United Methodist Church, 308 West Main, Jacksonville AR  72076 or to The Spinal Cord Commission of Arkansas, 1501 N University, Suite 470, Little Rock AR  72207.

The family extends heartfelt thanks to the staff at Woodland Hills for the care they provided Hugene for the four plus years he resided at the facility.