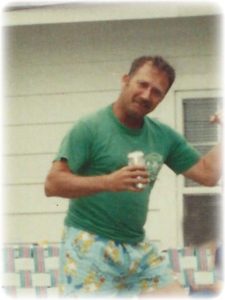 Paul Andrew “Andy” Kyzer, 68 of Jacksonville passed peacefully in his sleep February 17, 2018.  He was born June 14, 1949 the son of the late Paul Wood Kyzer and Mabel Emma “Durham” Kyzer. Andy entered the world as a 1 pound premature infant and was not given much chance of survival.  He grew to become a natural fighter who was never afraid of anything he faced. He attended Jacksonville High school where he was a good athlete playing both football and baseball.  Andy joined the U.S. Army in 1967 and was later a Jacksonville Fireman until he retired after 23 years of service.

Andy was preceded in death by his brothers William “Bill” Colin Kyzer and Daniel Stephen Kyzer; his step-son Bryan Ramsey and step-daughter Cynamon Ramsey. Survivors include his wife Linda Kyzer; son, Derck A. Kyzer (Renae); sister, Christine Kyzer Rogas; brothers, Thomas “Tommy” Kyzer, Nathan Mark Kyzer and a special group of friends who he loved and who loved him dearly.

In lieu of flowers donations may be made to your local fire department.

Graveside services will be at the Arkansas State Veterans Cemetery on Thursday, February 22, 2018 at 1:00pm. His online guestbook is available at www.anaturalstatefuneralservice.com