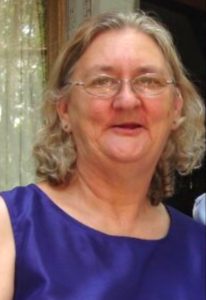 Esther Louvinia Rogers, 68, of Kingsland, Arkansas, passed away on Saturday, March 10, 2018.  She was born in Tuckerman, Arkansas to the late J.B. and Bertha Browning Nix.

She was a loving mother, grandmother and friend.  She enjoyed doing puzzles, collecting wind chimes and spending time with her family.

Esther is also preceded in death by her step mom Mary Nix and her first husband Olen Murdock.

A private family celebration of life will be held at a later date.

Cremation arrangements are under the trusted the direction of A Natural State Funeral Service, 2620 West Main Street, Jacksonville, Arkansas, 72076. 501-982-3400.