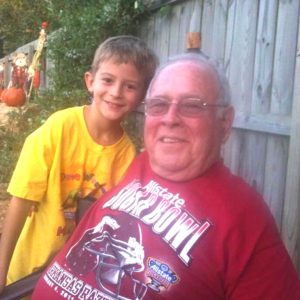 Frederick Alvin West, 78 of Cabot passed away on Friday March 9, 2018.  He was born on August 30, 1939 in Hickory Ridge, Arkansas, to the late Earl and Lenna Mae West.  He was a retired agent for State Farm Insurance and served the Jacksonville community for over 42 years.  Fred was a life time member of the State Farm Presidents club.  He was an avid outdoorsman who loved to hunt, fish, and spend time at the lake.

The family would like to pay special gratitude to Jimbo Evans and Nikki Taylor for the love and care given to him over the last few years of his life.

In lieu of flowers the family ask that donations to be made to Alzheimer’s Arkansas foundation in Fred’s honor at 201 Markham Center Drive, Little Rock, Arkansas, 72205.

A time of visitation will be held on Tuesday, March 13th from 6- 8 P.M. in the Chapel at A Natural State Funeral Service, 2620 West Main Street, Jacksonville, Arkansas, 72076.