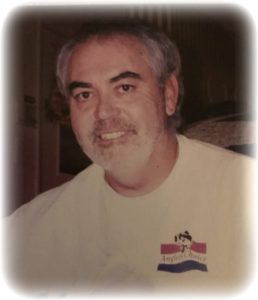 George (Gus) Homer Fisher, Jr., 65 of Mabelvale, Arkansas passed away March 28, 2018. He was born on March 7, 1953 in Little Rock, Arkansas to the late George Homer Fisher and Arletta Miriam Savary-Fisher.

His passion in life was bass fishing taking second seat only to spending time with his daughter Cassady. When he wasn’t with Cassady, Gus would often travel and could usually be found at bass tournaments. He especially loved fishing on the river at his favorite spots. He made many friends across the country and was always happy to share his fishing knowledge even with strangers in Bass Pro Shop.

Gus graduated McClellan High School in 1971 where he ran track and was an avid baseball player. Gus loved meeting up with his high school friends and reminiscing. He cherished those times.

A family hosted celebration of life service will be held at a later date.

Arrangements have been entrusted to A Natural State Funeral Service, Jacksonville, Arkansas.