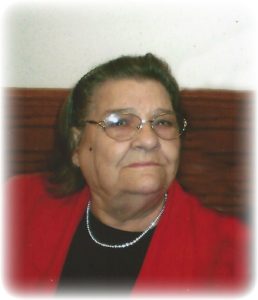 Maudie Earlene Robertson, age 87, formerly of Newark, Arkansas passed away on March 7, 2018. She was born on December 9, 1930 in Poughkeepsie, Arkansas to the late Lester Elmer Lloyd and Tressie Marie Goings Lloyd.

She was the owner of a local café, dress shop and other businesses as well as working in a telephone factory in Texas, Banquet Foods in Batesville, and Batesville, Tire. Her interest included fishing, gardening, being outdoors and sewing but her greatest pleasure was spending time with her family and loved ones.

She was preceded in death by her parents and her husband of 63 years Carl Edgar Robertson; two brothers Dexter Lloyd and Troy Lloyd and one grandson Steven Eugene Gardner.