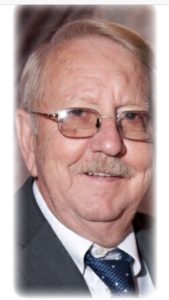 He is a proud Army Veteran and was a retired letter carrier for over 25 years. Melvin was a former Mayor of Manila, Arkansas; substitute teacher at Clinton Public Schools for 12 years and was presented with the Arkansas Nursing Home Volunteer of the Year Award. His greatest joy in life was his grand and great-grandchildren. Melvin was involved and volunteered in countless organizations. He loved reading and gardening. Melvin will be most remembered for his sense of humor and crazy stories. As he lived this life his hope was that he had a been help to someone and made their life better. Now, he goes to be an eternal servant to His Lord and Savior Jesus Christ.

He is preceded in death by his mother Grace Browning and a brother Cecil Browning.

In lieu of flowers please make donations to the Van Buren County Library, Clinton, Arkansas in his memory.