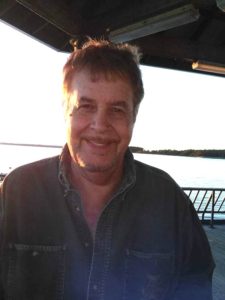 Richard Michael Kelso, age 68, of Hot Springs, Arkansas passed away on March 11, 2018.  He was born in Peoria, Illinois on September 17, 1949 to the late Francis Patrick Kelso and Betty Jean Whitehead-Kelso.

He was a proud United States Army Veteran and was a retired police officer.  He attended Oaklawn Baptist Church, in Hot Springs.

A family held memorial service will be held on Thursday, March 22, 2018 at 1 P.M. at Oaklawn Baptist Church in Hot Springs.

In lieu of flowers, donations to support the family may be made to Patricia Ocean, 404 7th Ave SE, Olympia, WA, 98501 or Jenifer Wright 362 Colonial, Marion, AR 72364 or in his honor to the Arkansas Coalition Against Domestic Violence.