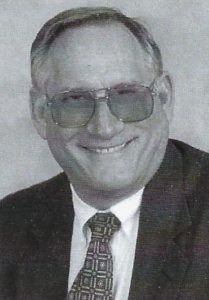 Robert Raymond “Bob” Schenke, age 78, of Benton, Arkansas, passed away at his home on Tuesday, March 27, 2018.  He was the son of Paul Earnest and Naomi Tolliver Schenke, born on June 1, 1939 in Vicksburg, Mississippi.

Bob graduated from Central High School, Little Rock, Arkansas – class of 1957.  Bob worked as a boat and motorcycle mechanic while working his way into selling them.  To continue his work in sales Bob obtained his realtor’s license and was joined by his wife, Elizabeth, when she obtained her license.  Bob was a former member of the Little Rock Relators Association, Arkansas Board of Realtors, National Board of Realtors and the Central Arkansas Gem, Mineral and Geology Society.  Bob was a member of First United Methodist Church in Benton.

Bob was an avid hunter and fisherman.  He enjoyed fishing – many great times were had on the Little Red with fellow fishing enthusiasts – ten couples in Benton’s First United Methodist Church’s Wesley Sunday School Class.  He enjoyed traveling with his family, one goal was to visit every state capital in the continental US.  Bob had many hobbies including working with wood, leather, and rocks.  He enjoyed the beauty of God’s earth while out “rock hunting”! Bob never met a stranger and could talk to anyone on any subject.

He is survived by his wife Ernie Schenke of Georgia, daughter Merriam Cathrine Schenke Carmical (John) of Jacksonville; granddaughter and light of his life Lori Ambrose (Brent) of Texas; brothers William A. “Bill” Schenke (Barbara) of Hot Springs and Joseph J. “Joe” Schenke (Judy) of Illinois; friend and helper Mike Lemons of Glenrose and numerous other relatives and friends.

A memorial service will be held at First United Methodist Church Chapel in Benton on April 21, 2018 at 2:00 P.M. with visitation beginning at 1:00 P.M.

Memorials may be given to the Barnabus Fund at Benton First United Methodist Church, 200 North Market Street, Benton, Arkansas 72015.

Interment will be at South Fork Cemetery near Gurdon, Arkansas