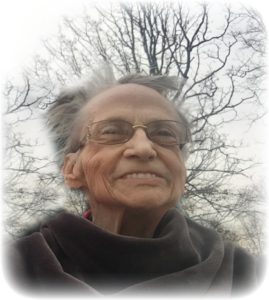 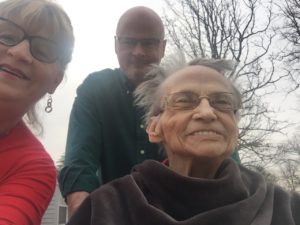 Sally Hudspeth, 84, passed away at Lakewood Health & Rehabilitation in North Little Rock, Arkansas on Wednesday, March 28, 2018.  She was born on September 11, 1933 in Dutzow, Missouri.  She was the daughter of William and Mary Stuart.  She is a direct descendant of James Ewell Brown “Jeb” Stuart, a United States Army officer from the U.S. state of Virginia, who later became a famous Confederate States Army general during the American Civil War.

She was married to Charles (Bud) Hudspeth for 65 years prior to his passing away on December 20, 2017.  During her husband’s military career, Sally was a homemaker for 26 years overseeing the excellent care and mentoring of three children, even during 3+ years while her husband served combat missions overseas for the United States Army.  During her mid-life, Sally was an art instructor for mentally challenged children at the Arkansas Children’s Colony in Jonesboro, Arkansas.

In her prime, Sally was an avid sports enthusiast who enjoyed bowling, golfing, and swimming.  She was an excellent bridge player with an “impish grin” who could easily fool her competitors with tricky bids.  During her retirement, she loved traveling with her husband in their RV.  Trips to her son, Richard’s farm located in Missouri were a highlight for many years.  Setting up their RV down by her son’s 5-acre pond and treating the property like a KOA park was a running joke for years.  Her and husband Bud were known to invite Richard and his wife Anna “down-to-their place” while they were less than 100 yards from the couple’s home.

When her husband passed away in late December 2017, Sally and her daughter Suzanne continued to be best buddies.  The two were inseparable taking shopping trips and dining out regularly.  The two of them ate at Sally’s favorite restaurant (Cracker Barrel) so frequently that staff often inquired “as to whether they were from corporate doing surveys”.Sally always placed her personal needs second to those of her family.  She referred to husband as her “Honey Pie” and he lovingly referred to her as his “Sally Girl”.  Like her husband, Sally unfortunately had a terminal illness and she chose hospice once her medical condition worsened.  Upon entering hospice, Sally was never alone.  Her daughter Suzanne and son Richard stayed by her side for 23 days straight days.  During this time, the three of them made the most of their time sharing memories of the past while reinforcing their love for one another each and every day.  Much like she lived her life, Sally continued to place herself second to her family.  She continued to be more worried about her family after she was gone versus dwelling on her own personal circumstances.  Sally was especially happy with the staff at Lakewood Health and Rehabilitation during her three weeks spent there.  The staff loved Sally and she loved them in return.

Like her husband Bud, Sally requested that no service be arranged after her passing away.  She simply wanted her ashes mixed with her “Honey Pie” and then to be interned together at the Little Rock National Cemetery.  She also requested no flowers or memorials.  Sally wished everyone go to breakfast at Cracker Barrel restaurant and order the “Grandma’s Breakfast” in her honor.

Arrangements are under the trusted direction of A Natural Service, 2620 West Main Street, Jacksonville, Arkansas, 72076.