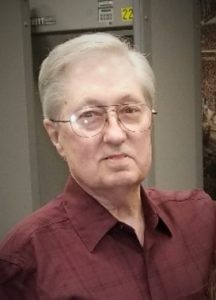 William “Bill” Joseph Ashworth Jr., 74 of Austin passed away on Thursday, March 8, 2018.  He was born in Memphis, Tennessee on September 3, 1943 to the late William and Faye Ashworth.

He is survived by his wife Shannon Ashworth, and daughter Brooke Ashworth of Austin, Arkansas.

Bill is also preceded in death by his daughter, Jennifer Ashworth Wood, and a sister Patricia Ashworth.

Bill was always the life of the party and lived life to the fullest, spending free time at the casinos, drinking coffee and enjoying his family.

Per Bills request a private celebration of his life will be held at a later date.