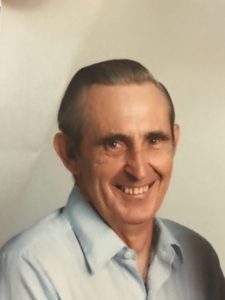 He was a proud Navy Veteran beginning 1946, where he had basic training at the Great Lakes Naval Base, Illinois and stationed in Corpus Christi, Texas and Philippines.  He attained the rank of Seaman First Class and then discharged in 1951.  Mr. Babb was a roofer and a carpenter where he used his carpentry skills making various items for his wife, children and grandchildren.  He was a member of the Church of Jesus Christ of Latter Day Saints and the North Central State Regional Council of Carpenters. He enjoyed hunting and fishing.  His other past times were playing a good game pinochle, cribbage, bowling and horseshoes.

He is preceded in death by his parents, sister Carolyn Garret and son-in-law Richard Rounds.