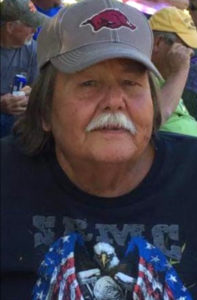 He is remembered by his years at the IP bag-pack and T-Bo’s.  He loved his family and friends immensely and adored his grand-children and great grand-children.

In lieu of flowers the family asks that donations be made to Spencer Green a local Camden teen who is battling cancer. There is an account set up at Farmers Bank listed under Susan Green “Special Account”