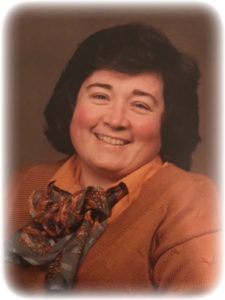 Gwynne Hayes Stanhope, 65, died on Monday, April 16, in Little Rock, AR. She was born to Armand and Lois Webster on August 16,1952, in Oklahoma City, OK. She died due to complications from an earlier seizure.

She leaves behind a daughter, Lois Keever and grandchildren Kylei, Katie, and Chip (Kevin, Jr.), son-in-law Kevin Keever, and a son and daughter-in-law, Mark and Heidi Stanhope. Additionally mourning are her brother and sister-in-law, Gary and Colene Webster, and niece Tisha (husband Eric) Fromal and granddaughter Sophie; and also her sister and brother-in-law, Herbert and Olivia Tschappler, and nieces and nephews, Sarah, Nathan, Stephen, Samuel, and Jane.  Preceding her in death was her husband, Larry Stanhope.

Gwynne held many jobs—nurse’s aide, cook for college students and the homeless at her church.  She was an excellent seamstress, and mother to two.

The family extends heartfelt thanks to the wonderful caregivers at Arkansas Hospice.

Family and friends are welcomed to the visitation at 3:00 P.M. on Monday, April 23, at the A Natural State Funeral Service, located at 2620 West Main Street, Jacksonville, Arkansas, 72076, with the funeral service immediately following  at 4:00 P.M. in the chapel.