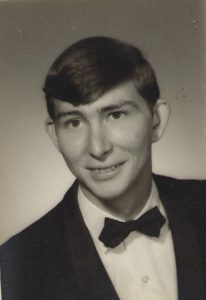 Larry Joe Rudd, 66, left this life on Sunday, April 8, 2018. He was born August 13, 1951 in Kennett, Missouri to the late Bennie and Verneal Rudd. He is preceded in death by his father and mother, three brothers Jerry Rudd, Terry Rudd and Ricky Rudd

His family moved from Missouri to Arkansas when he was in the middle of his elementary school years. He went on to graduate from Oak Grove High School in 1969, where he also ran track for the Hornets and was voted the wittiest in his class. He was drafted to the Army in 1971-1973. He served in Germany during the Vietnam Era and had to quit his job at 3MCo.

When he returned to the states, he worked (master of many Trades), and helped his family and friends.

He loved to fish and squirrel hunt. He also had a very good sense of humor. May he rest in peace.