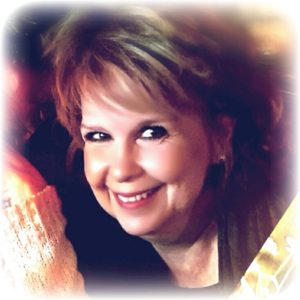 Tammy Taylor Lake, 59, passed away on April 2, 2018.  She was born September 30, 1958.  Preceding her in death are her parents, John and Barbara Hicks-Taylor and grandparents, Lorie Ted and Anna Lee Hicks.  She is survived by a brother, numerous cousins and a host of friends.

Tammy was blessed with a beautiful voice and was hired in 1976 to sing and travel throughout the United States and Canada with the Heritage Singers.  They recorded two successful albums while she toured with them.

In 1986, she worked for the State of Arkansas and hosted a television program to promote the Arkansas Sesquicentennial and worked with Governor Bill Clinton during that time.  Her next adventure took her to food marketing and development. She spent the last 30 years working for companies Litton, Sara Lee, Keebler, Producer’s Rice, Riceland Foods and most recently DeWafelbakkers, LLC, N. Little Rock, as Director of Consumer Marketing.

Tammy was talented, generous, positive and witty.  She was an absolute joy to be around.  Tammy had a contagious laugh and a loving heart.  Everyone who knew her knew she adored her mother and every dog she ever owned.  Once you were Tammy’s friend, you were her friend for life.  She will never be forgotten.

A memorial service will be held at 2pm on May 5th at Unity Church, 2610 Reservoir Road, Little Rock, Arkansas.

Donations can be made to your local animal shelter