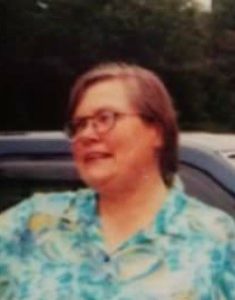 She was the first-born child of Ida Jean Cariker Irwin Crutchfield. Her father was Walter Irwin.  She was born on March 13, 1947 in McClelland, Arkansas.  When she was a small child her mother and step-father moved her and her baby sister Betty to Chicago, Illinois where she spent most of her youth. When she was sixteen her and her family returned to Arkansas where she met and fell in love with Junior (Walter) Chandler.  They made their home in and around Gregory and Augusta, close to her birth place. She had a love for history and reading love stories; she authored a Harlequin Romance novel.  She loved sewing clothes for family members before eye went bad; however, her all-time favorite pastime was going to Walmart. In her early adult life, she worked as a nurse’s aide, and in her later years she worked at Walmart Distribution until she retired.

Beverly was preceded in death by her husband of 36 years Walter Junior Chandler; her mother Ida Jean Crutchfield; her step-father; one brother Jimmy Crutchfield and one sister Cindy Darby.

A Family Hosted Memorial Service will be Saturday, May 26, 11:30 am, at Higginson Park, Higginson AR.