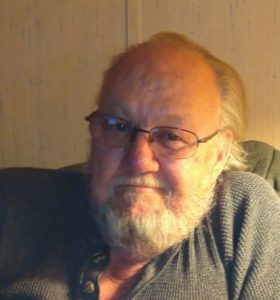 David Eugene Elmore, 73, of Hensley, Arkansas was called home to be with the Lord on Monday, May 28, 2018. David was born on October 15, 1944 in Little Rock, Arkansas to his parents Eunice Elmore and Doyle Elmore.

David served his country in the Army during Vietnam, where he was stationed in Korea. He loved his country and believed fighting for our freedoms and for all our Veterans. One of his favorite things to do was to go fishing with his family and friends. He was a life long member of the Church of Jesus Christ of Later Day Saints in Little Rock, Arkansas. The greatest love of his life was his family and friends.

A visitation will be held on Friday, June 1, 2018 at 10:00 A.M. at A Natural State Funeral Service, 2620 West Main Street, Jacksonville, Arkansas with graveside to follow at 12:00 P.M. at Woods Cemetery, Cemetery and Dyson Roads, Little Rock, Arkansas.