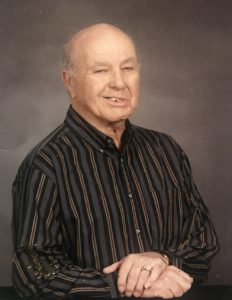 Hillis Ezekiel George, 81 of Cabot passed away surrounded by his family on, Monday, May 21, 2018. He was born in Kennett, Missouri on September 24, 1936 to the late Carmel George and Ima Haggard George. He is also preceded in death by his daughter Donna J. Willburn, and two brothers; Hal George, and Eddie George.

Hillis owned George’s auto sales and was retired from Emmerson Electric.  He was a member at Mc Arthur Drive Assembly of God.  Hillis was a loving husband, father, grandfather, brother and friend.

Donations in Hillis’s honor may be made to St Jude Children’s Research Hospital at 501 St Jude Place Memphis, TN, 38105.

Services will be private and Hillis will be laid to rest at Memorial Gardens in Kennett Missouri at a later date.