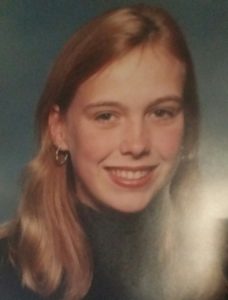 She is survived by her father, Roger Clement and his wife Libby; her brother, Brian and his wife Allisha; her sons, Austin (15) and Peyton (11); her step-father, Steve Archer; step-sisters, Melinda Angel, Stephanie Nelson, Jill Archer-Stewart; step-brother, Tim Archer, and her fiancé, Jay Richardson.

As a young girl you could always count on Stormi being the center of attention.  Because of her outgoing personality, she gravitated to the spotlight and relished in the moment.  As she got a little older she enjoyed dance classes and no light was too bright, no crowd too large for our talented young superstar.  She became increasingly advanced and excelled academically, graduating near the top of her class.  Her high marks and intelligence resulted in a full paid scholarship to Arkansas State University.  Stormi and her mother developed a special bond and now they will reunite and rejoice in the hands of the Lord.