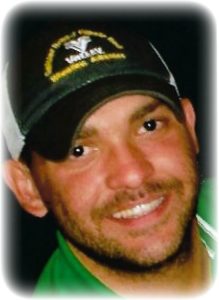 He was born in Lake Village, Arkansas on July 1, 1986, to Joe and Deborah Norwood Griffin. He and his family moved to Brinkley, where he attended Brinkley Public Schools and later, East Arkansas Christian School, where he graduated. He grew up on the family property in the country. At a very young age, he developed a love for farming inherited from past generations of family farmers. He helped his dad on the farm during his growing-up years. Later, he worked for Clifton Farms, Roger McGraw Farms, Keith Kellar Farms, Chappell Farms and a stint where he farmed for himself, always staying faithful to his love of the land.

Chris was preceded in death by grandparents Woodrow and Ruth Griffin and Bryson, and Mary Louise Norwood, and two aunts, Shirley Griffin Rippee and Helen Allen.