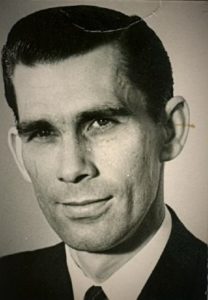 He served proudly in the United States Air Force for 22 years. The family will hold a private memorial service at a later date.