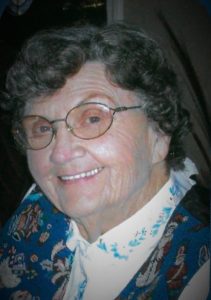 She was a retired school teacher for the PCSSD; she loved the University of Arkansas Basketball team, the outdoors, children and gospel music.  She attended many singing schools and sang for several special occasions in the community.  Louella graduated in 1946 from North Little Rock High School and attend Arkansas State Teachers College (UCA) where she obtained her teaching degree.

Louella was preceded in death by her loving husband of 54 years Edward Fortson.

In lieu of flowers the family requests donations to be made to Arkansas Alzheimer’s.