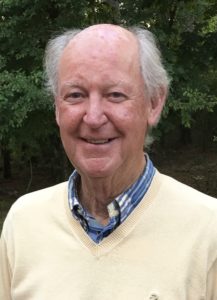 Mike began his career in the shoe industry cutting shoe patterns right out of high school and remained in the shoe industry until retirement.  He worked for several companies including Monroe, Hushpuppy, Sebago and Wolverine. He specialized in shoe design and pattern making, and his expertise took him to several other countries.

One of his most noteworthy accomplishments was designing the boots for the 1976 Winter Olympic Team. He personally hand braided the zipper pulls, and his kids helped attach the brass Olympic clasps on the braids. Mike also enjoyed playing golf.