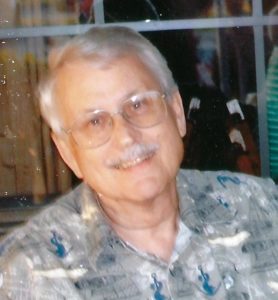 Brian proudly served six years in the British Army. He was particularly honored to serve a season on the Queen Mother’s Honor Guard.  He worked as a commercial kitchen designer for nearly fifty years in the greater Little Rock area and beyond.

As was his wish, there will be no public ceremony.  Anyone wishing to honor Brian is asked to donate to a favorite charity benefitting children or animals.