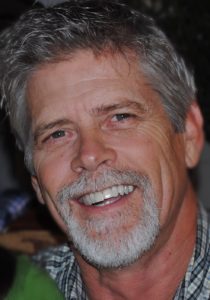 Lawton Murray, 61 of El Dorado, Arkansas passed away from this life on Monday, July 23, 2018.  He was born on November 7, 1956 in Converse, Louisiana. His parents were William R. and Dorothy Murray.  Lawton enjoyed planting flowers, golfing, playing with his grandchildren, and traveling across the US on his Harley with his wife Bonnie.