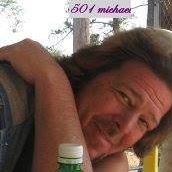 Michael Lynn Thrift, 54 of Lonoke, Arkansas passed away on Sunday, July 22, 2018 from heart failure caused by an extended illness. He was an owner operator of M&M Excavating. Michael was an accomplished musician; playing guitar and singing lead & background vocals in many area bands throughout Missouri and Arkansas.

Visitation will be held on Friday, July 27, 2018 at A Natural State Funeral Service, 2620 West Main Street, in Jacksonville from 1-2pm with funeral services following at 2pm.