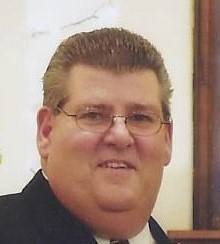 From a very young age, God put the desire to sing and create music in Roberts heart.  In his teenage years, he answered the call on his life both to preach and sing.  He met his future bride at the ALJC campground in Hartford City, IN and married her on June 5, 1971.  From that time, they were an inseparable team fulfilling the call of God on their lives.  In 1983, the family loaded all their belongings and moved to Florida to pastor the Bethel Apostolic Assembly in Lake Wales.  While at the church, God blessed and moved in many powerful ways. Eventually, Gods call would lead Robert and his family back to the great state of Ohio where he became the pastor of Life and Praise Tabernacle.  Again, God’s hand and favor was with his efforts.  In his later years of ministry, Robert would become a full-time evangelist doing what he loved most…Preaching and SINGING!

He was passionate about His God, family and music and had the unique ability to intermingle all three.  He was a Minister of the Gospel, musician and recording artist making an impact on the lives of those he ministered to and worked with.  This sentiment is shared by many, but in the words of his nephew and niece, “He breathed the love of music into our DNA.”  His influence will forever be missed but never forgotten!