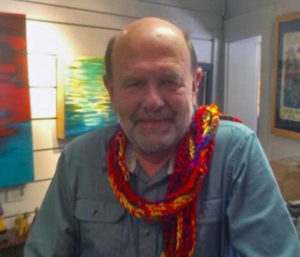 Ronald Dale Derge of Little Rock, Arkansas was born on March 25, 1949 in West Bend, Wisconsin to Melvin and Rosella (Engeleiter) Derge. He peacefully departed this life in Little Rock on Saturday, June 30that age 69.

Ron spent his early life in the Hartford, Wisconsin area farmlands before his family moved to Hartford proper in 1961. He graduated from Hartford Union High School in 1967, an outstanding debater and president of his senior class.

In 1971, he graduated with honors from Carthage College with a BA in English. In college, spent a semester at sea with the World Campus Afloat and a semester in Germany.

Following graduation, Ron was an English professor at Edgewood College. When the wunderlust bug bit Ron, he moved to Eugene, Oregon.

Ron prided himself on doing quality, historically accurate restorations and Mt. Horeb enjoys two of his major renovations; the conversion of the old Ace Hardware store into the Mustard Museum, and the facade of the Mt. Horeb Area Historical Museum, both projects set the bar forquality restoration in the downtown.

In 2005, the wanderlust bug returned, shortly after his youngest’s high school graduation, Ron dropped daughter Sara off at college and the next day drove to Eureka Springs, AR.

There Ron continued woodworking, rescuing and renovating old homes and became involved with Eureka arts, partnering in an art supply store and gallerywith his wife.

He was known as Southwindcome, The Pepper Man, and Ron the Woodworker. He hated cold weather, okra, forsythia bushes, hashtags, and unnecessary noise. He loved his mom, his wife, his kids, family, pets, good books, peaceful solitude, public radio, and cooking.

He was a straight shooter, a realist, and he always gave honest reviews about the important things in life. He saw the value and potential in well-worn items, and he found beauty in the mundane. He surprised himself by enjoying morning glories almost as much as his vegetable gardens. Ron found joy each season in the feathered visitors that he made sure were well-fed. He was always willing to lend an ear or a favorite recipe.

A memorial service will be held at the Crescent Hotel conservatory in Eureka Springs on Tuesday July 10that 10:00am, located at 75 Prospect Avenue.

Interment will be at Pleasant Hill Cemetery, Hartford, Wisconsin.

Memorial donations may be sent to the ACLU and KUAR ualrpublicradio.org.

Ron possessed a quiet strength and an enduring spirit. He will be deeply missed by many.