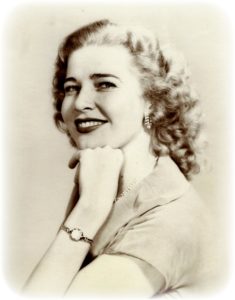 She was preceded in death by her parents, Faris and Grace Utley, two sisters, Jewell Seymore and Doris Davis.

She is survived by her daughter, Robin Lancaster (Trey Garwick) and grandson, Kaine Lancaster. Her brothers, Bob Utley (Annette), Ben Utley (Barbara), Bernie Utley and sister, Gail Wilson (Jerry).  A host of nieces and nephews and her Yorkie, Sassy.

Jerri moved to Cabot from Little Rock in 1995 after working at JC Penney for 26 years.  She never met a stranger and enjoyed working at The Furniture Store where she was employed for the past 23 years.  Jerri would often say “Going to work at The Furniture Store was the best thing I ever did”. It was there she met her best friend, Cyndi McElmurry.

She loved shopping and fishing and in her younger years it would have been a toss-up as to which one she loved more.

God saw you getting tired and a cure was not to be. So, He put his arms around you and whispered, “Come to me.” A golden heart stopped beating hard working hands at rest.  God broke our hearts to prove to us He only takes the best.

Funeral service will be Tuesday, August 14, 2018 at 10:00 A.M. at Our Savior Lutheran Church, 301 Pine Street, Cabot, Arkansas with burial to follow at Dunkard Cemetery, Austin, Arkansas