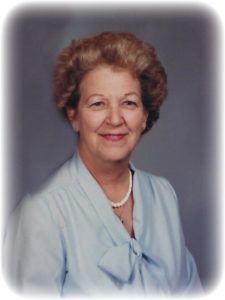 Louise Byrd, age 90 of North Little Rock, joined her heavenly family on Tuesday, August 14, 2018. She was born on July 18, 1928 to James Cleveland and Bessie Terhune in Helena, Arkansas, and shortly thereafter, the family moved to North Little Rock. She is preceded in death by her parents, two brothers, three sisters, and by her husband of 66 years and love of her life, John E. Byrd Sr.