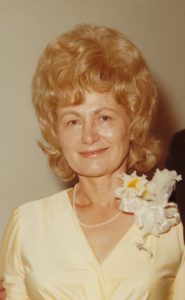 She was preceded in death by her husband E.B. Walker, her parents Doc and Willie Wells, two brothers Bill and Mike Wells and her son Eddie Walker III.

No visitation will be held.