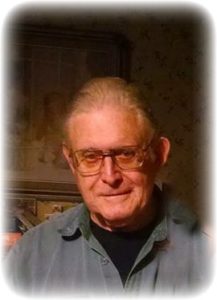 Richard Leonard Gagen, 79, of Sherwood passed away on August 26, 2018.  He was born in Des Moines, Iowa to the late Harold Leonard Gagen and Dorothy Pauline Poore Gagen.

Richard was an avid outdoors man who loved to hunt all birds, he was a proud member of the NRA, Ducks Unlimited, National Wildlife and Turkey Federation.  He was a retired mail carrier with the United States Postal Service and one of the founding fathers of the Runyan Acres Fire Department along with Mike Foster and Charles Browning.  Richard served as the Assistant Chief and Training officer for Runyan Acres Fire Department from 1972 until 1985; he worked for many years at Fort Thompson and was a member of the Church of Christ.

He is preceded in death by a son Richard Evan Gagen.

His online guestbook is available at www.anaturalstatefuneralservice.com