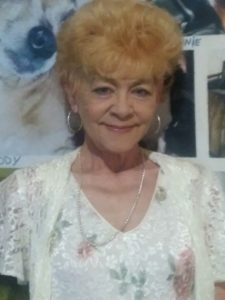 Teresa Ann Hester, 62, of Jacksonville passed away on Saturday, August 4, 2018. She was born on September 29, 1955 in Harris County, Texas to the late Virgle and Lois Vaughn.

She enjoyed fishing, karaoke at the VFW and going to the play the slots at the casino.  She also loved her eighteen-year-old Dachshund “Bear”.

Teresa is also preceded in death by her two husbands, James Youngblood and Danny Hester as well as two sisters, Linda and Darlene.