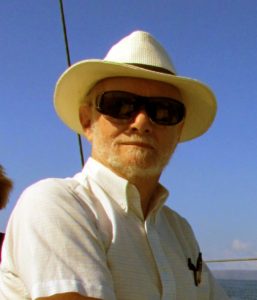 He had a passion for the English language and worked several years at the Pine Bluff Commercial, eventually becoming managing editor.  He left in 1983 to work for the Associated Press as a newsman in their Little Rock bureau. Even if people remain unaware of it, many around the world have read words he wrote while there.

He loved spending time with his family, traveling, the outdoors, reading good books, music, and dinners out with friends and family.

He is predeceased by his parents, two brothers and a sister: Dickson Ward Parsons, Robert Norman Parsons, and Mary Jo (Parsons) Williams.

We will gather to remember his life the evening of Sept 22ndat 6:30 pm at the Oyster Bar in Little Rock.  In lieu of flowers, the family requests donations to Heifer International, https://www.heifer.org, a charity he believed in.