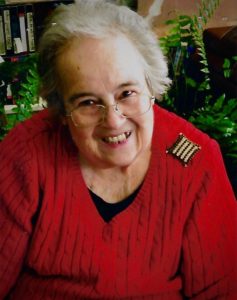 She is also preceded in death by her husband Bobby Joe Grimes and Norma Jean Johnson.

Willa was a graduate of Ft. Smith Senior High Class of 1951 and a graduate of Ft. Smith Junior College. Willa was a member of Geyer Springs First Baptist Church and a huge fan of the Arkansas Razorbacks.  She enjoyed playing games and being with her friends, but she dearly loved bargain shopping especially at JC Penny’s.  She was especially generous with her family making sure everyone always got what they wanted.

A Celebration of Life will be held on Monday, August 27, 2018 at 10:30 A.M. at Geyer Springs First Baptist Church, 12400 I-30, Little Rock, Arkansas.  Inurnment services will follow at Forest Hills Cemetery, Alexander, Arkansas.